Seattle gets a bad rap for its weather.  I can't tell you how often I hear "I couldn't live there; it rains all the time."  Well, I've have to say, I much prefer Seattle's rain to the snow much of the rest of country has had this winter.

While we're further north than Boston, it's so much warmer here.  Spring arrived back in late January with the first of the crocus, and hasn't gone away since.

Right now, the daffodils are beginning to segue into tulips and my forsythia is finally starting to fade after several weeks of cheery yellow blooms.  The cherry and apple trees lining the streets are beginning to blossom, and grape hycanth are popping up everywhere.

Yes, it rains in Seattle.  That's why it stays so green here.  It's what gives us our lovely, extended spring.


It's often cloudy - but a bright white sky with high clouds can be quite beautiful, and a lot less glare than when the sun peeks out during the winter.  Anyone living in northern climes knows what I mean.

It might rain a lot in Seattle (I can hear the light patter of raindrops falling on my roof as I type this post), but I sure do love the spring show that comes along with the rain!


For me, the video was far and away the most challenging part of putting together my Kickstarter campaign.  While I enjoy speaking in a workshop setting, put me in front of a camera and I get the willies, badly.  In this post, I'll share the a few things I learned to make the process easier.

Planning the Video
Plan what you want to say ahead of time.  Unless you're one of those rare people who are great at extemporaneous speaking, spend some time plotting out what you want and need to share in your video.
Content Video Length
Equipment
Setting
Additional Resources - here are several links to other sites with suggestions for creating a stellar video:
Shooting the Video

Post-processing
Once you've shot all the scenes, you still need to put it together into a finished video.  What video editing software will you use?  I used iMovie, which came with my laptop, so I'll focus on that. I'd never used iMovie before and had a lot of trouble understanding the interface at first.  Once again, it was Google Search to the rescue.
Things you can do with iMovie (and presumably other video editors as well) include:

Quite a bit of time can go into the creation of your 1-3 minute video, so you might wonder if it's really worth it.  I know I did.   What I can tell you is from a statistical standpoint, projects with videos have a much greater chance of succeeding than those without.

Perhaps even more importantly, the video gives you a chance to connect more directly with your audience than is possible with either text or still photography.  It's a powerful way of saying 'See, I'm real, my project's real, it's going to be fantastic, and I'd love for you to be a part of making it so'.


In my next Lessons Learned post, I hope to focus on running a Kickstarter campaign.  I'll talk about my experiences managing updates, social media, stretch goals and anything else that I can think of between now and then.  Have something in specific you'd like me to include?  Let me know!  I love your feedback.

I've recently received a couple of emails from people who are having trouble with the concept of freeform peyote stitch.  Since I've spent a fair bit of time trying to answer those emails, I thought I'd turn them into a blog post.

To understand freeform beadweaving, you first need to have a strong understanding of the regular version of the stitch. 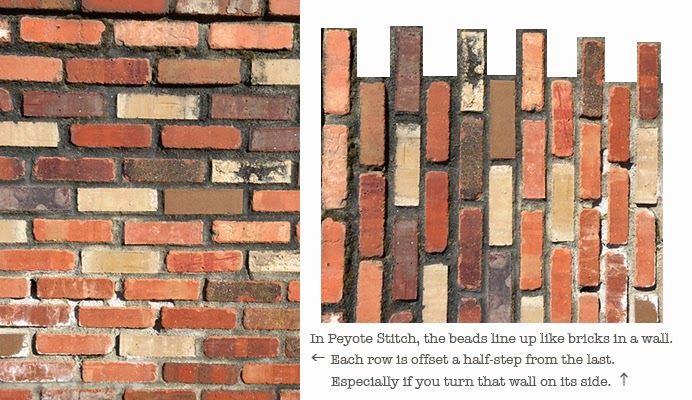 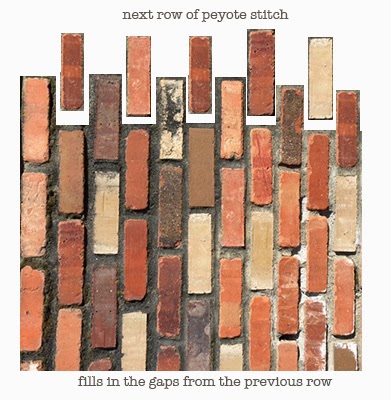 This assumes you are working with materials (bricks or beads) of roughly the same size.

What happens if your bricks or beads come in a bunch of different sizes?  This is where Freeform Peyote comes in! 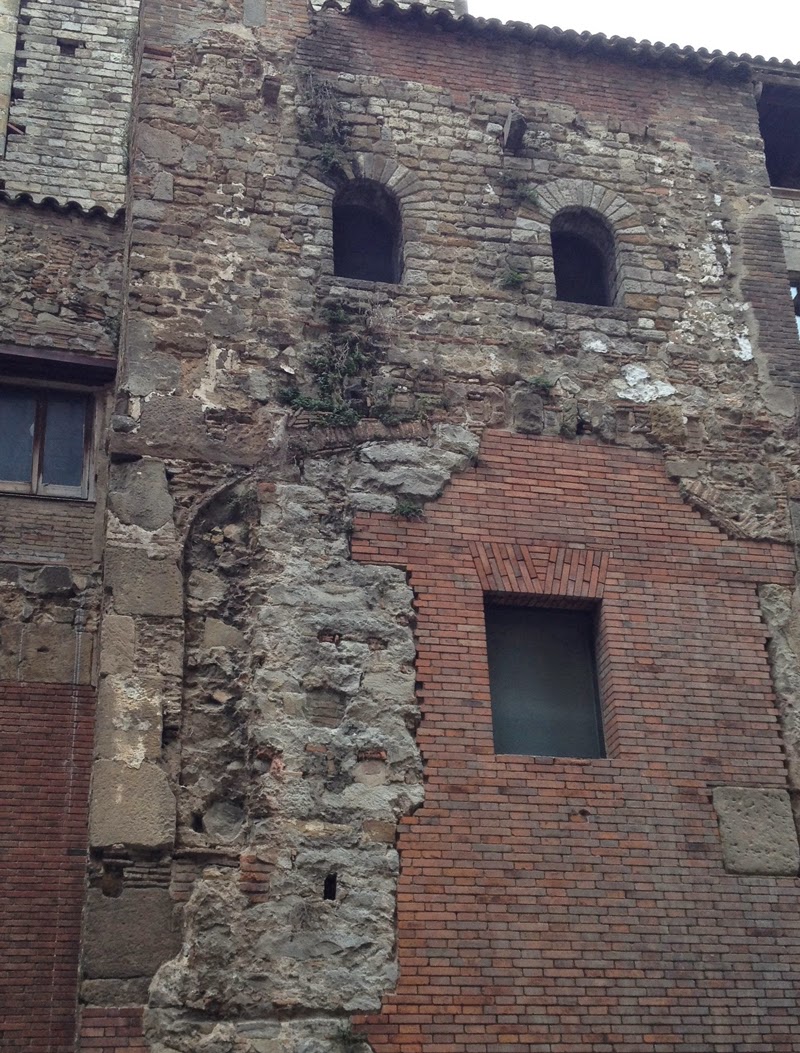 Don't throw out the whole concept of peyote stitch.  You will still be working with rows offset by a half step from neighboring rows to either side.

This example of freeform peyote doesn't have the extreme size variances of the stone and brick wall, but you can see how I've grouped sections of similarly sized beads together.  My larger accent and focal beads are surrounded and supported by peyote stitch.

Today I'm launching the start of a new series of blog posts sharing my experiences in self-publishing.  I thought I'd start with what I learned setting up a Kickstarter campaign.  For those of you who aren't already familiar with Kickstarter - it's a crowdfunding site for creative projects.  Crowdfunding is the process of connecting individuals and small companies with Ideas with others who would be willing to provide funding to help make that idea happen.  It's rather like a NPR plede-a-thon, except you're helping support a specific creative project.  Kickstarter doesn't guarantee that you will ever actually receive anything from the project creator, but most project creators are strongly motivated to deliver.

As an aside, there are other crowdfunding sites, such as Indiegogo, but I'm focusing on Kickstarter since it's the one I use.

I do not claim to be an expert, but here's what I've learned:

Why I decided to run a Kickstarter
In my case, I hoped to raise seed money towards the production of my latest book.  Raising funds is the main reason people run a Kickstarter.   But I believe that something even more important happens along the way.  You develop a community excited about your project.

From my previous publishing experiences I knew that I would hit a wall mid-way through the year-long project.  Talking with other creative professionals, I've found this is a common theme.  As artists, our work is solitary.  With projects that last months into years, there's lots of room for doubts, alternate paths and other diversions to sneak in and wreak havoc.  Having a community to which I was accountable made forward movement a necessity.  They also gave me a sense of purpose and support; I was writing the book for them. This made it much easier to stay focused.

Getting up to Speed

Designing your Kickstarter Package
People may link directly to your campaign page, or they may first see your project thumbnail, and you need to design for both.  Here are the pieces you'll need to put together:
Project Budget
Make sure your budget is realistic, and your reward tiers leave room to cover expenses besides simply filling the rewards.
Setting up Your Reward Tiers
Once you've put your package together, it's time to launch.  I'll talk about what I learned running a Kickstarter in my next Lessons Learned post.

In the meantime, I'd love to hear what you think.  Was this post useful?