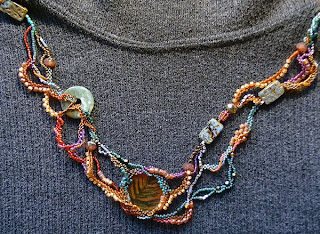 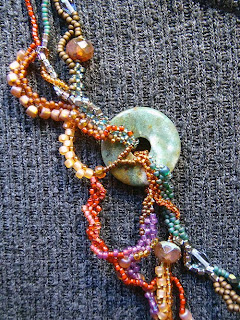 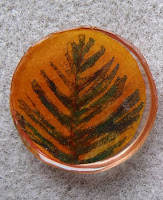 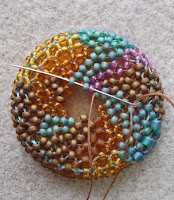 A resin cabochon with the suspended image of a feather/fern/leaf (the stamp I carved is a feather, but the coloring I used makes it look more fern-like) became my 'fairy token' and the primary focus for the piece. I used right angle weave to capture it. The second photo is of the back of the cabochon as I'm almost done encasing it in RAW.
Posted by Karen Williams at 4:49 PM