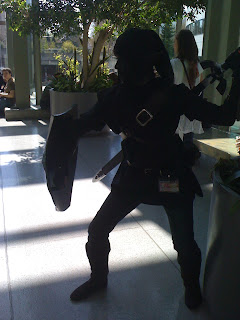 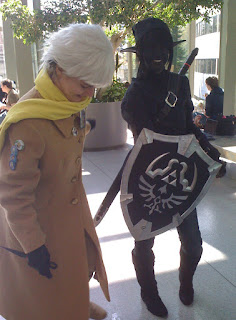 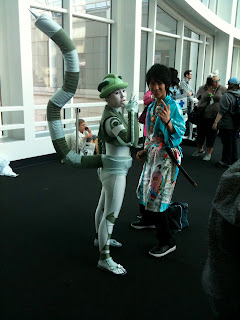 We happened to meet one of Joe's co-workers.  He was hanging out while his 16 year old son checked out the convention.  Based upon his recommendation, looks like we're going to check out Black Butler this evening.
Posted by Karen Williams at 8:03 PM