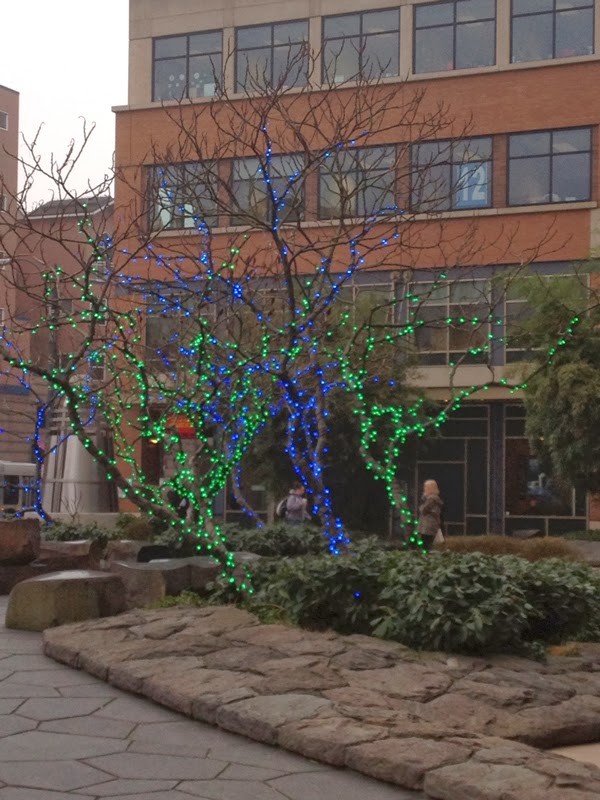 I'm taking a break from my regular blog posts because I've never lived in a town whose team went to the Superbowl before.  Watching the excitement of the past few weeks has been a real hoot.  When the Seahawks made it to the playoffs, the excitement here in Seattle was palpable enough that even someone as sports-blind as I am noticed.

When the Seahawks won the playoff games, and the town realized they were indeed headed to the Superbowl, the energy skyrocketed.  It's felt like the entire city has been on a roller coaster ride, waiting for the final game; 12th man fever running rampant.

My first indication that this wasn't going to be 'business as normal' were the blue and green lights decorating the trees in the plaza between the International Districts and the stadium.  Holiday lights had just come down the week before, so when I first saw them, I actually thought someone had made a mistake.  Nope.  New celebration.

Since the Superbowl is in New Jersey, I'd expected it to be quiet around the stadiums (and my studio) after the playoffs.  Nope!  The closer to the game, the more people poured into the stadium district.  By Friday it had reached almost a carnival atmosphere, complete with people hawking 'limited-edition' Seahawks beads and pretty much everything else imaginable, guys playing pickup games of football, and families taking pictures of loved ones in front of the stadium.  The guy that runs the hotdog stand behind my building mentioned that the sports shop next door couldn't keep jerseys on the shelves. 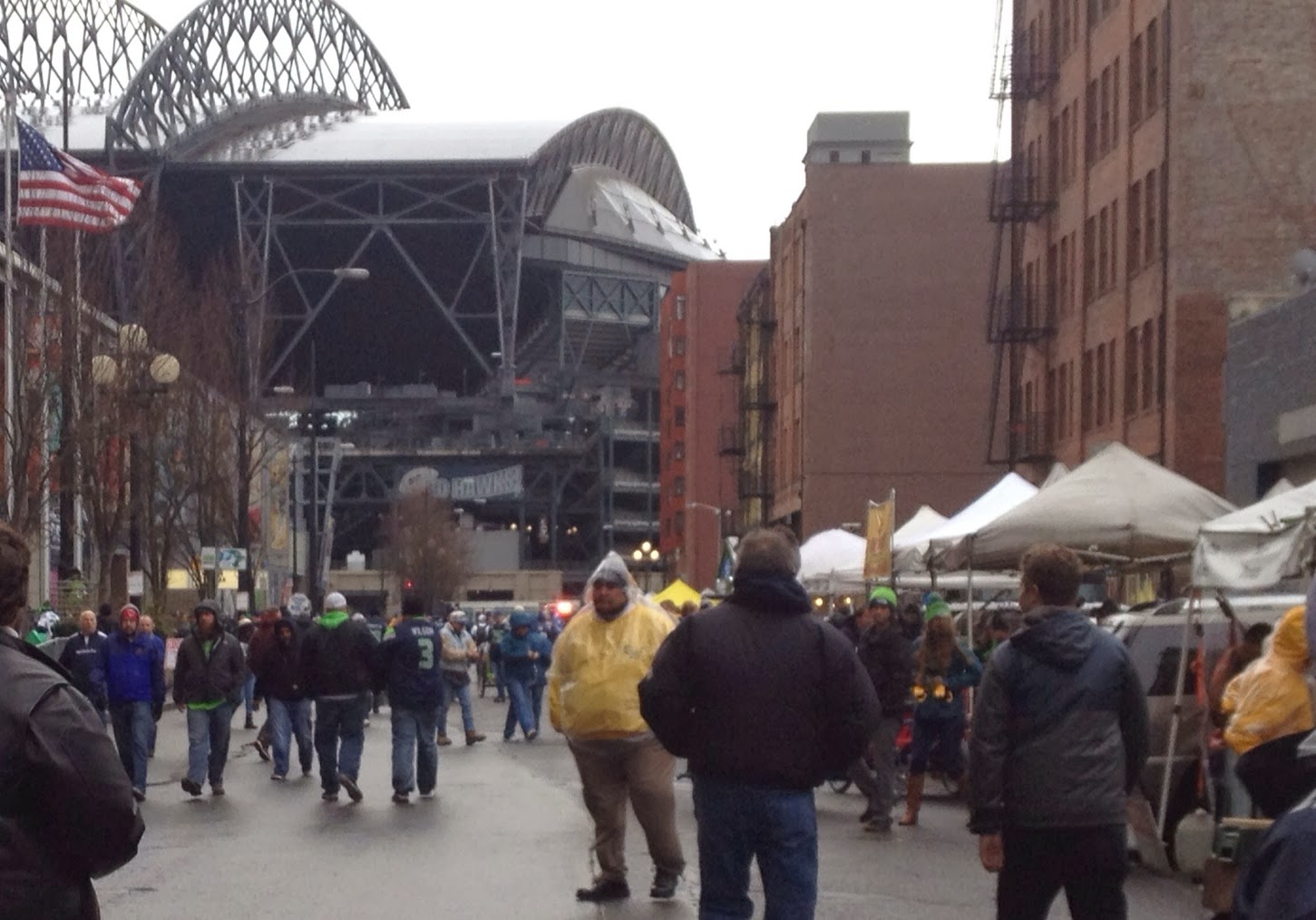 Speaking of jerseys and fan-wear, I've never seen so many bright green jackets in my life as I have in the past week, and it's occurred to me that someone was really clever - making sure that the Seahawks and Sounders both wear a very similar green. Fans of both can wear their Seahawks jerseys, Sounders jackets and a blue scarf and be perfectly accoutered to support the local team.

A friend and I met at the studio on Saturday to work on paper mache armatures for a beading project she had begun a while back.  It didn't occur to me then, but on the bus ride home I noticed that her color scheme - blues, greens and teals, worked suprisingly well with the Seahawks colors too.  How did that happen? 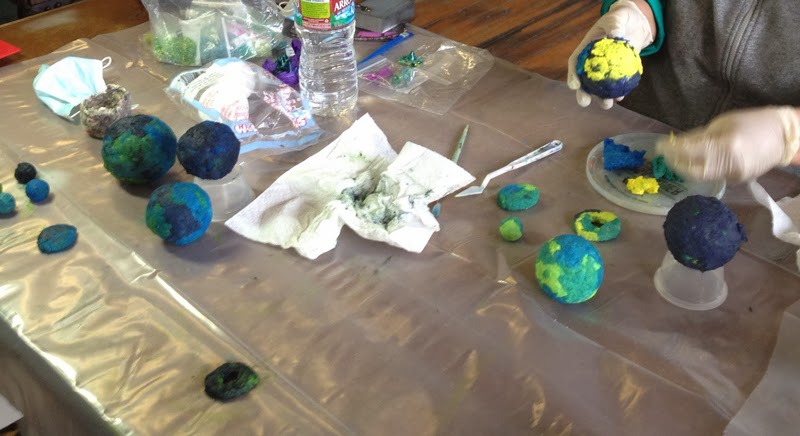 At the bank, I was asked if I'd be watching the game.  I had to smile and say no, but was able to mitigate my response by passing out 'Go Seahawks' stickers that someone had handed me as they were still in my jacket pocket.  Every where I look, there are 12th man flags.

Even the lattes at El Diablo, our favorite coffee shop got into the act! 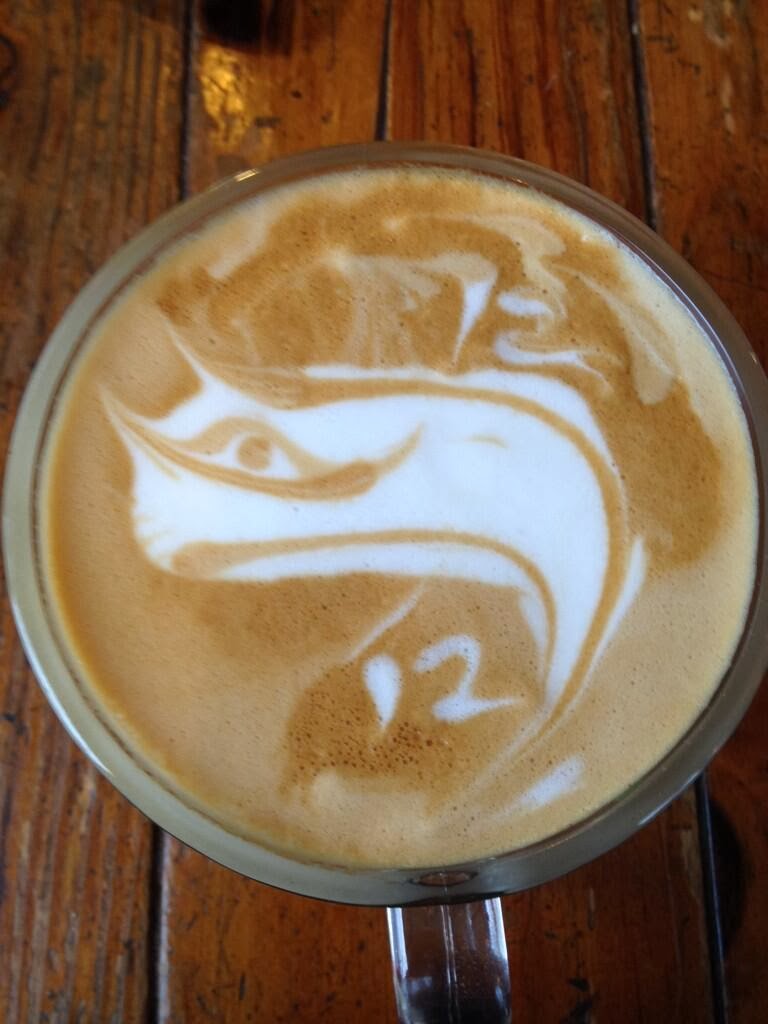 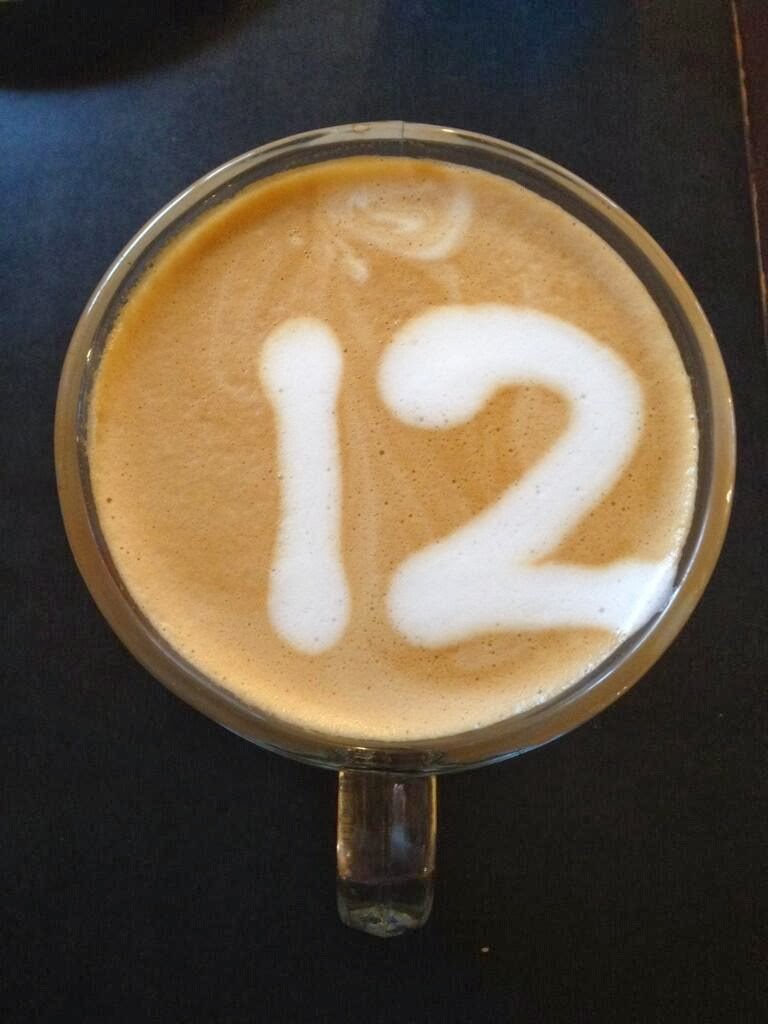 Sunday morning, the atmosphere at El Diablo's could only be described as a tailgate party.  Everyone so happy, so excited, barely able to sit still, the adults far more excited than the kids.  As if everyone's birthday, Christmas and 4th of July had all been rolled into one.  And I started to really, really hope the Seahawks won.  Simply because everyone was going to be so sad if they didn't.  If they had lost, Seattle would have been one majorly depressed city.

I was concerned enough that I checked the scores periodically to see how things were going.  But we knew when the Seahawks won, as fireworks erupted simultaneously from several different locations around our home.


This morning the front page of the Seattle Times has the largest newspaper photo I've ever seen, stretching from the headline above to well below the fold proclaiming the win.  Eveyone I've met seems to be in a particularly good mood, but otherwise everything seems to have gone back to normal.  Party's over, real life returns.  Just a little happier than before.  So thanks Seahawks - you did a great job.

And whomever came up with the idea for the 12th man?  Amazing marketing!  Totally amazing.  I've never seen a town rally so totally around a team.
Posted by Karen Williams at 11:25 AM